What is Crohn’s Disease? Who Is It Seen?

Click to rate this post!
[Total: 2 Average: 5]
Crohn’s disease is an inflammatory bowel disease that can affect all parts of the digestive system between the oral cavity and the large intestine. 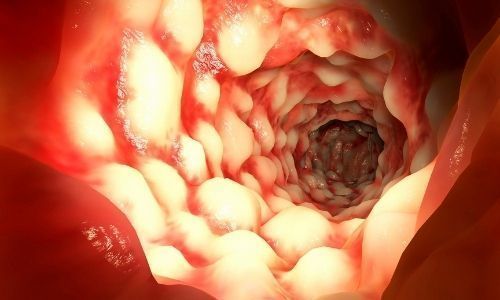 The cause of Crohn’s disease is often unknown, but it is often thought to result from an imbalance of inflammatory chemical mediators in the body. Today, there are inherited (NOD2 gene), microbial (Mycobacterium paratuberculosis, Pseudomonas and Listeria), immune system related (interleukins and tumor necrotizing factor).
It has been suggested that it may occur with TNF), environmental factors (smoking), diet-related, vascular causes and stress.

How Often and Who Gets Crohn's Disease?

What Are The Symptoms Of Crohn's Disease?

Crohn’s disease symptoms vary according to age and gender. Some patients may have symptoms years before the diagnosis of CROHN Disease. people with CROHN disease,

Although they may develop more systemic symptoms, they often present to the doctor with abdominal pain and diarrhea. Intestinal obstructions often develop in patients with stricture disease. Small bowel obstruction most commonly occurs.

It is characterized by intestinal obstructions, gas and absence of bowel movements, hyperactive bowel sounds, and nausea and vomiting. Patients with penetrating Crohn’s disease may develop a fistula or abscess.

In the presence of abscess, in addition to abdominal pain, patients may have systemic symptoms such as fever and chills. Patients may also consult a doctor with symptoms of acute peritonitis. Penetrating disease can also cause symptoms related to the location of the fistula.

How Is Crohn's Disease Diagnosed?

Inflammatory bowel disease (IBD). Procedures range from simple blood tests to barium x-ray and colonoscopy, which require preparation the day before. The correct diagnosis of Crohn’s disease involves determining the extent and severity of the disease type and associated Complications. For diagnosis of Crohn’s disease, Endoscopy uses a thin, flexible tube called a scope to explore parts of the gastrointestinal tract. To explore the lower intestine or colon, the scope is inserted through the anus. Your doctor will insert the binoculars through your mouth to examine your esophagus, stomach, and the first part of your small intestine.

What Problems Does Crohn's Disease Cause In The Body?

In these patients, treatment with the seton method is often preferred and left in place for a long time. Whelan et al. They found that 90% of Crohn’s patients had at least one breech (anorectal region) surgery in their lifetime.

Bleeding from the rectum: In Crohn’s disease, severe rectal bleeding may occur due to the inflammatory event in the intestine, and in 40% of these patients, it may be necessary to remove the problematic part of the intestine (segmental resection).

Guard nipple: In 40-70% of cases, there is a guard nipple or other names, “duty nipple”, “sentinel pile” or “skin tag”.
Anus fissure: 20% of Crohn’s disease cases have breech fissures, and there is a possibility of rectal abscess in especially painful ones.

Skin diseases: 2-34% of the skin may cause swelling called erythema nodosum, pyoderma gangrenosum and psoriasis (psoriatic erythema).
Joint and bone diseases: 4-18%, especially in large joints, can cause arthritis, joint inflammation called ankylosing spondylitis. Similarly, bone resorption (osteoporosis) is observed in 10-15% of patients.
Aphthae may develop in the mouth.
Eye disorders: can cause eye problems called episcleritis, recurrent iritis and uveitis.
Vascular problems: It can cause occlusion in the veins (thrombo-embolism), such as portal vein thrombosis.
Liver and biliary tract problems: Bile duct stenosis called sclerosing cholangitis may develop in the bile ducts and the frequency of gallstones increases. It increases the tendency to liver inflammation (chronic active hepatitis) and liver cirrhosis.

How is Crohn’s disease classified?

The Montreal criteria are currently used in the classification of Crohn’s disease.
By disease region

Lakatos et al. In the study they carried out in Hungary, the L1 group was determined as 20%, the L2 group 35%, the L3 group 43% and the L4 group 2%. Ng et al. They found similar results in their studies in Asia and Australia.
According to the way of movement

People with Crohn’s disease have an immune system that reacts inappropriately. The immune system may mistakenly protect the body against beneficial microbes. Or it would not be wrong to show another cause, inflammatory, as an example. Either way, over time, this chronic inflammation in the digestive tract can cause ulcers and other injuries to the intestines.

What Are Crohn's Disease Treatment Methods? 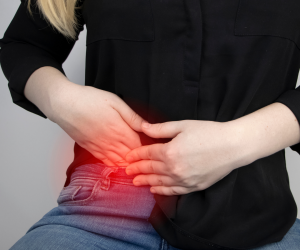 After a correct diagnosis, treatment decisions should be made based on firm clinical judgment. There are variable clinical features during the course of the disease, so each case should be considered individually.

The first treatment for people with Crohn’s disease is steroid drugs applied to reduce the rate of inflammation. It is recommended as a treatment option with immunosuppressant and biologic drugs for people with intolerance or contraindications to treatment. It should be tried for 12 months until the treatment fails, and then it can be operated if needed.

It would not be correct to say that the cause of Crohn’s disease is this. Inflammation of the digestive system is a chronic disease and people who come with symptoms such as vomiting, fever, diarrhea are undergoing pre-treatment diagnostic research.

Reasons such as insufficient breast milk intake, smoking and alcohol consumption are important factors in the risk of developing the disease.

How Is Crohn's Disease Diagnosed?

A blood test is performed to diagnose Crohn’s disease. It is also possible to diagnose with a physical examination of the disease history. in case of insufficient stool and blood findings

Will Crohn's Disease Be Healed Completely?

Crohn’s disease does not heal completely. By applying drug treatments, the severity of the disease is spread over time and intervened to overcome it more mildly.

While small intestine localization is found together in approximately 50% of the patients, the colon is the only localization in the other half.

The rectum is involved in approximately 40% of patients. At least 30% of patients with Crohn’s disease will require surgery in their lifetime.

Crohn’s disease is usually not life-threatening, but it can cause serious and even fatal complications. Crohn’s is a long-term inflammatory bowel disease.

The disease, which starts from the digestive canal and continues to the anus, requires surgical intervention. It most commonly affects the ileum, the last part of the small intestine, and the first part of the large intestine or colon. 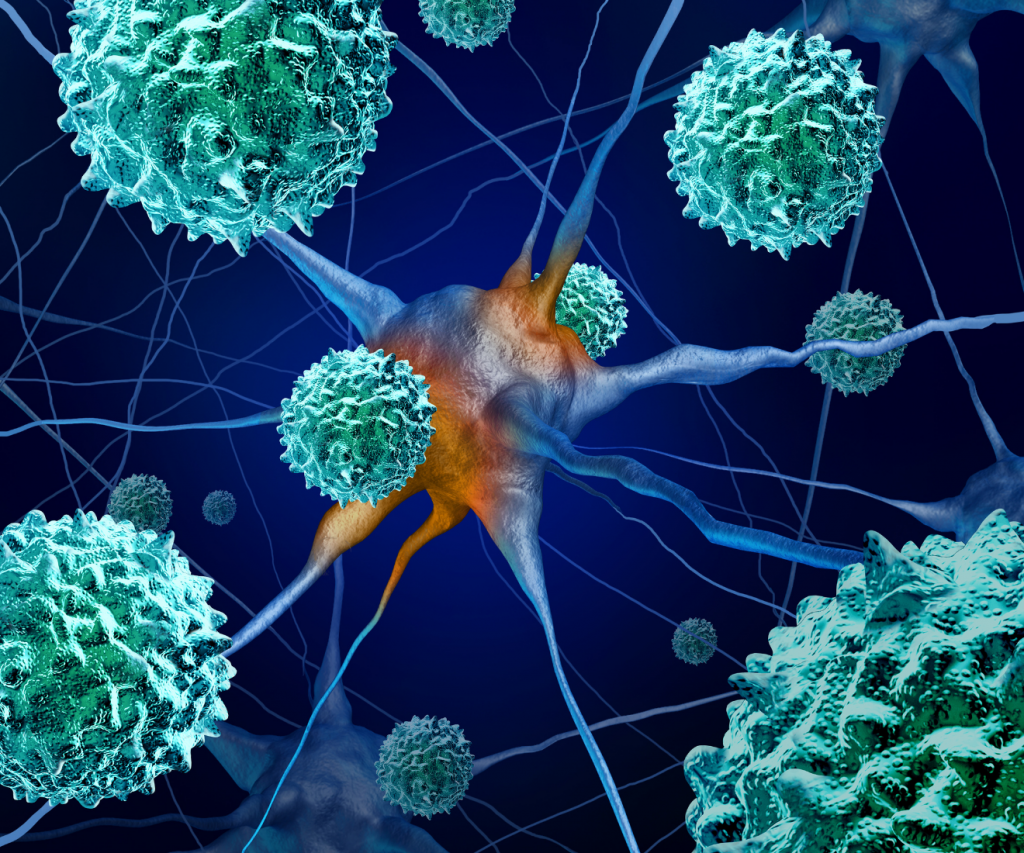 Which Organs Does Crohn's Disease Affect?

The first place it affects is the immune system. It has been determined that the patient with inflammatory bowel disease activates suppressor t cells and instead of responding normally to an offending antigen, an exaggerated helper lymphocyte response is generated and this response is not physiologically down-regulated.

What Should Crohn's Patients Pay Attention To?

Patients treated early with thiopurines may be less likely to have surgery. Treatment with anti-TNF reduces the risk of surgery. Ileocolonoscopy is the best method for diagnosing the return of disease after surgery. Whether the disease recurs, how severe it is, and

It helps to predict the clinical course. this should be done within the first year after surgery when treatment decisions may be affected. Patients diagnosed or treated should pay attention to nutrition first.

A diet enriched with protein and energy-containing foods should be applied. They should avoid dairy and lactose. They should also stay away from smoking and stress.

What Happens If Crohn's Disease Is Untreated?

People with untreated Crohn’s disease of the large intestine are more likely to develop colon cancer.

Where Does Crohn's Disease Affect Most? 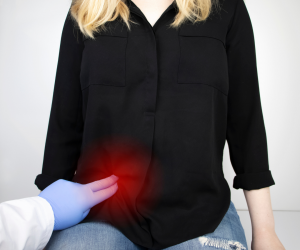 Crohn’s disease is characterized by abscesses and fistulas. Fistulas usually pass through the mesocolon and may enter the small intestine or vagina. It may reflect carcinoma in chronically diseased intestinal segments.

How Crohn's Patients Should Eat What Should They Not Eat?

Nutrition after treatment or surgery is very important. Related to this, a diet program must be applied.

It is recommended to stay away from acidic spicy foods and dietary fiber is recommended. White bread, pasta, gluten-containing foods should be avoided.

Dairy products should be avoided as milky desserts can exacerbate the disease. For patients who do not remove nut, popcorn, french fries, alcohol and cigarette consumption from their lives, Crohn’s disease will be a recurrent disease.

How Long Does Crohn's Disease Last?

The Crohn’s disease exacerbation can last several days or even months, depending on its severity. It is important to notify your doctor of any changes in your symptoms, especially if symptoms worsen.

Crohn’s disease lasts a lifetime and will always be in an exacerbation unless attention is paid.

It is important to know that Crohn’s disease can be fatal if left untreated. This is because the chronic inflammation associated with this intestinal condition can lead to many serious and fatal complications. 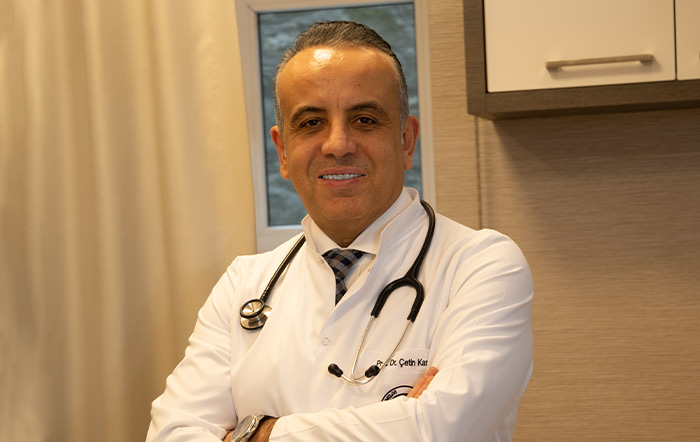 I was born on December 22, 1969 in Malatya. I completed my primary and secondary education in Malatya, respectively, at Fatih Primary School, Atatürk Secondary School, and Malatya High School. I started my medical education at Istanbul University, Istanbul Faculty of Medicine in 1987 and graduated in July 1993.